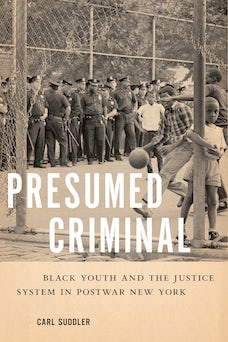 Incoming Assistant Professor of History Carl Suddler recently contributed to an article in the Atlanta Journal-Constitution, “Yusef Salaam of Central Park Five: ‘Born with a target on our backs.'” Shelia Poole wrote the piece, which centers on Yusuf Salaam, one of the so-called Central Park Five. Read the excerpt that quotes Dr. Suddler below as well as the full article.

“I think when we see these cases, especially wrongful convictions, it does kind of beg the question just how many of these cases have happened over time,” said Carl Suddler, author of “Presumed Criminal: Black Youth and the Justice System in Postwar New York” and professor of history, who will join the faculty at Emory University this fall. “In the United States, we do not have a justice system, we have a legal system. We have a system that followed the letter of the law, not necessarily fairness.”

Congratulations for Dr. Claudia Kreklau for winning the Parker-Schmitt Dissertation Award from the European History Section of the Southern Historical Association. Kreklau completed her dissertation, entitled “‘Eat as the King Eats’: Making the Middle Class through Food, Foodways, and Food Discourses in Nineteenth-Century Germany,” in 2018. The dissertation was advised by Drs. Brian Vick, Sander Gilman, and Dawn Peterson. Kreklau is currently Associate Lecturer in Modern European History at the University of St Andrews, Scotland. 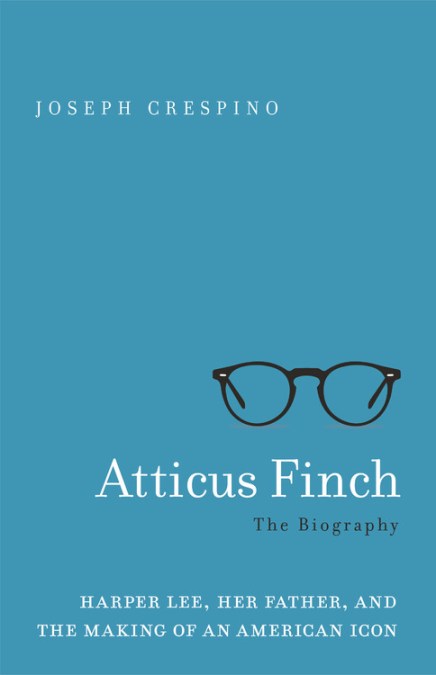 how Harper Lee’s father provided the central inspiration for each of her books. A lawyer and newspaperman, A. C. Lee was a principled opponent of mob rule, yet he was also a racial paternalist. Harper Lee created the Atticus of Watchman out of the ambivalence she felt toward white southerners like him. But when a militant segregationist movement arose that mocked his values, she revised the character in To Kill a Mockingbird to defend her father and to remind the South of its best traditions. A story of family and literature amid the upheavals of the twentieth century, Atticus Finch is essential to understanding Harper Lee, her novels, and her times.

Associated Faculty in History Ruby Lal, whose primary appointment is as Professor of South Asian Studies in the Department of Middle Eastern and South Asian Studies, received the Author of the Year award in the biography category. Lal’s Empress: The Astonishing Reign of Nur Jahan chronicles the life of a seventeenth-century empress who “wielded unprecedented power, strategizing with senior counselors, minting currency, addressing the public, shooting tigers, and designing clothing and architecture.” The book was also a finalist for the Los Angeles Times Book Prize.

In June of 2019 Oxford University Press will publish the first book of Sean Andrew Wempe, a 2015 doctoral program alumnus. Wempe’s monograph is entitled Revenants of the German Empire: Colonial Germans, Imperialism, and the League of Nations. Benedikt Stuchtey, Professor at Philipps-University Marburg, Germany, describes Revenants as a “timely and meticulously researched book based on a wide array of archival material.” Wempe is currently Assistant Professor of Modern European History at California State University–Bakersfield. Read the publisher’s description of the book below.

In 1919 the Treaty of Versailles stripped Germany of its overseas colonies. This sudden transition to a post-colonial nation left the men and women invested in German imperialism to rebuild their status on the international stage. Remnants of an earlier era, these Kolonialdeutsche (Colonial Germans) exploited any opportunities they could to recover, renovate, and market their understandings of German and European colonial aims in order to reestablish themselves as “experts” and “fellow civilizers” in discourses on nationalism and imperialism.

Revenants of the German Empire: Colonial Germans, Imperialism, and the League of Nations tracks the difficulties this diverse group of Colonial Germans encountered while they adjusted to their new circumstances, as repatriates to Weimar Germany or as subjects of the War’s victors in the new African Mandates. Faced with novel systems of international law, Colonial Germans re-situated their notions of imperial power and group identity to fit in a world of colonial empires that were not their own. The book examines how former colonial officials, settlers, and colonial lobbies made use of the League of Nations framework to influence diplomatic flashpoints including the Naturalization Controversy in Southwest Africa, the Locarno Conference, and the Permanent Mandates Commission from 1927-1933.

Sean Wempe revises standard historical portrayals of the League of Nations’ form of international governance, German participation in the League, the role of interest groups in international organizations and diplomacy, and liberal imperialism. In analyzing Colonial German investment and participation in interwar liberal internationalism, the project challenges the idea of a direct continuity between Germany’s colonial period and the Nazi era.

Assistant Professor Carl Suddler recently wrote a piece in The Washington Post commenting on the Netflix miniseries “When They See Us,” which chronicles the story of five teenagers — the so-called Central Park Five — forced to confess to a rape they did not commit in 1989. Suddler is the author of Presumed Criminal: Black Youth and the Justice System in Postwar New York, to be published by NYU press in July of 2019. Read the full piece, “How the Central Park Five expose the fundamental injustice in our legal system,” along with the excerpt below.

“When They See Us” sheds new light on this old tale and aims to create change. DuVernay’s miniseries joins the decades-long efforts by activists to humanize the Central Park Five beyond the numeric moniker. It also, perhaps most notably, has inspired the next generation of social justice activists committed to working to overturn wrongful convictions and to reigniting mainstream discussions about criminal injustices in America’s legal system, in the hope of achieving an overhaul of the system.

Dr. Kylie M. Smith is Assistant Professor and the Andrew W. Mellon Faculty Fellow for Nursing and the Humanities. In the spring of 2019, Smith taught a freshman seminar in History entitled “Madness in America: A History from Lunancy to Mass Incarceration.” The Emory School of Nursing just published an insightful profile of Smith’s research and teaching: “A Different Set of Tools: Using the humanities to understand nursing’s role in social justice.” Read the full profile and see the description of the course below.

History 190: “Madness in America: A History from Lunancy to Mass Incarceration”

In this course we will explore the history of approaches to mental illness in the US, and consider the impact of this history for current issues in mental health. Topic areas include the culture of asylums, slavery and psychiatry, changing definitions and treatment practices, depictions of madness in popular culture, Civil Rights and patient rights, and trauma, war and the role of psychiatry in social control. We will visit the archives to explore journalist’s exposes and medical records as we attempt to uncover hidden histories of shame and stigma. We will seek to understand the experience and construction of “the patient” through the intersection of culture, politics and law, and ask critical questions about the nature of mental illness itself. Our goal in this course is to understand how historical attitudes shaped the development of policy and services, and how this impacts those with mental illness today. In this process we will explore the ethics of confinement of the mentally ill and analyze the troubled relationship between mental illness and criminality.