Congratulations to John Priddy, a senior History and Political Science double major, for being selected as one of four students to receive Emory’s prestigious Robert T. Jones Jr. Scholarship. Active since 1976, the program supports a year of study at the University of St Andrews in Scotland for students who exhibit academic excellence, character, and integrity. Priddy’s academic and policy interests center on the criminal justice system, particularly the factors that shape public opinion about solitary confinement. Read more about Priddy’s extensive leadership on Emory’s campus as well as this years other Bobby Jones Scholars: “Outstanding students chosen as Bobby Jones Scholars for study in Scotland.”

NPR’s Michel Martin, host of “All Things Considered,” recently interviewed Dr. Deborah E. Lipstadt about the resurgence of public antisemitism in the contemporary United States. Lipstadt is, most recently, the author of Antisemitism: Here And Now (Schocken, 2019). At Emory she holds positions as Dorot Professor of Modern Jewish History and Holocaust Studies and as associated faculty in the History Department. Read the full transcript of the interview here.

Junyi Han, an undergraduate and Honors student in the History Department, will present a paper at the 10th Annual Texas A&M History Conference: “Resistance in Retrospect.” Han’s paper asks why the “Great Purge,” or Joseph Stalin’s violent repression of dissenters in the 1930s, did not generate greater resistance in Soviet society. Han has conducted the research under the direction of Dr. Matthew Payne, Associate Professor of History and a specialist in modern Russian and Soviet history. Read more about the conference and check out Han’s abstract below:

The Spread of Terror

This research project examines a lack of resistance against the Great Purge in the Soviet Union. This topic has great historical significance and rich research potential. A thorough examination of the reasons that caused a lack of resistance among Soviet society can provide insights into the dynamics of the Great Purge and facilitates an understanding of mass terror under dictatorial regimes in general.

While the Great Purge was originally targeted at the political elites, it expanded at an unexpected speed and millions of ordinary civilians became its victims. My research uses a bottom-up approach to examine the internal driving forces that dragged people into this political turmoil. The findings are mainly based on primary sources, such as personal letters, diaries, and memoirs. I have also consulted secondary literature to support my argument.

This project suggests that the expansion of terror is in fact largely a matter of individual choice. During the Great Purge, a sense of duty, fear, personal grudges, and opportunism significantly propelled Soviet people to spread terror at a breakneck speed, and therefore caused numberless victims to be devoured in the 1930s. This research provides insights into the dynamics of mass terror and serves as a stepping stone for further research on political repressions in dictatorial regimes. 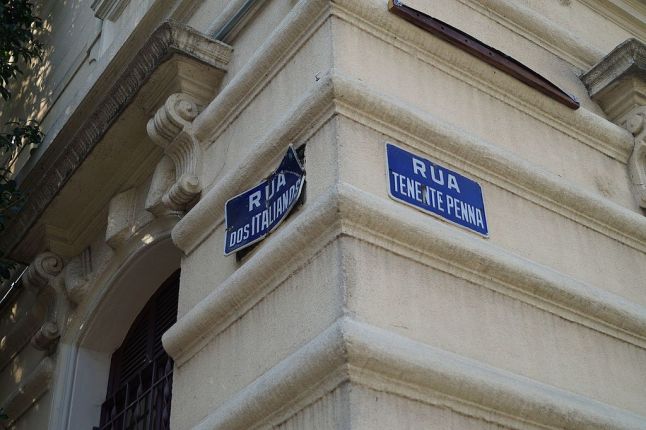 Dr. Jeffrey Lesser, Samuel Candler Dobbs Professor of History and Director of the Halle Institute for Global Research and Learning, will deliver a seminar at the University of Cape Town’s African Studies Centre on February 25, 2019. Lesser will speak about his research on the history of public health in São Paulo’s Bom Retiro neighborhood. The talk is entitled, “Bad Health in a Good Retreat: Life and Death in the ‘Worst’ Neighborhood of São Paulo, Brazil.” Read the paper abstract below and find out more information about the seminar.

Bom Retiro was (and is) a small neighborhood in the huge megalopolis of São Paulo, Brazil.  The mainly working class neighborhood has been populated since the end of the 19th century by immigrants, migrants from the impoverished Brazilian northeast, and Afro-Brazilian descendants of slaves. While the cultural backgrounds of the immigrants have shifted (from Italians, Spaniards and Portuguese Catholics in the early 20th century to East European Jews in the mid-20th century to Chinese, Korean, Paraguayan, and Bolivian immigrants today), the neighborhood has been viewed internally and externally as one where health (in the broadest sense of the word) is precarious. “Bad Health in a Good Retreat” analyzes the relationship between “Public Health” (as a state driven set of policies and linked enforcement) and “The Public’s Health” (how real people understand their own experiences).  By focusing on one square block of Bom Retiro from about 1900 to the present I use archival and ethnographic methods to analyze the daily practices of residents and health officials, and the stories they tell about life, death, and the spaces in between. 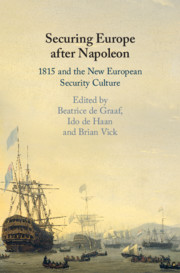 Cambridge University Press recently released the edited volume Securing Europe after Napoleon: 1815 and the New European Security Culture, co-edited by Emory Professor of History Brian Vick. Vick’s collaborators are Beatrice de Graaf (Universiteit Utrecht, the Netherlands) and Ido de Haan (Universiteit Utrecht, the Netherlands). The volume includes a chapter by Vick, who is a specialist in Modern Germany and Central Europe in the Long Nineteenth Century, entitled “The London Ambassadors’ Conferences and Beyond: Abolition, Barbary Corsairs, and Multilateral Security In The Congress Of Vienna System.” A book launch in New York City will take place on February 27. More details and registration can be found at: bit.ly/after-napoleon.

The February edition of the American Historical Review will feature an article co-authored by Yanna Yannakakis and Bianca Premo entitled “A Court of Sticks and Branches: Indian Jurisdiction in Colonial Mexico and Beyond.” Yannakakis is Associate Professor of History and currently holds the Winship Distinguished Research Professorship in History. Premo is Professor of History at Florida International University. The American Historical Association recently published a podcast with Yannakakis and Premo about the article, which will appear as part of a forum titled “Indigenous Agency and Colonial Law.” Listen to the episode here: “Bianca Premo & Yanna Yannakakis: ‘A Court of Sticks and Branches.‘”